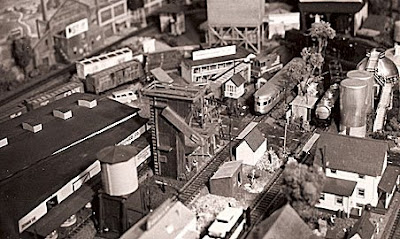 Lately I have been wanting to put something online about how [and maybe why] some of my photographs exist.

I had model trains when I was a kid. My mother built my first "train board" for me, and my younger brother, when I was about 6. My mother painted with great economy, I knew at the time she had created something unusual, no other kids I knew had. I wish I had better, color, photos. 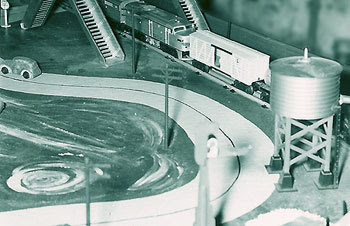 my mother's highway around the lake

When I was 15, building a models, in my parents' basement, no one seemed to grasp I was building an alternative reality to inhabit. The "real" world was excruciatingly boring, just endless hours at school, watching the hands tick off the minutes until lunch, nothing to do but figure out ways to cheat on the the next exam. No video games or the internet to escape to.

Jean Baudrillard was still in school, but there I was, right in the midst of his future words,

"The very definition of the real has become: that of which it is possible to give an equivalent reproduction. . . The real is not only what can be reproduced, but that which is always already reproduced: that is the hyperreal… which is entirely in simulation."

Well maybe more in the world of the Matrix? Baudrillard is, after all, more political in his arguements, and I am more interested in the paradoxes of reality and illusion. But his name does come up. 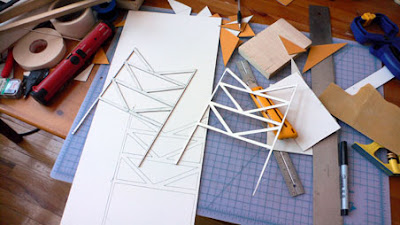 Reality has never been as satisfying as I had hoped, but still, I am not really commenting on Baudrillard's lament on the disappearance of the real, "the most important event of modern history."

I meant this post to be less convoluted [abstract] than it actually is, I was thinking, originally, to just show a photo of a model during construction. It is hard to be Charlie Brown.